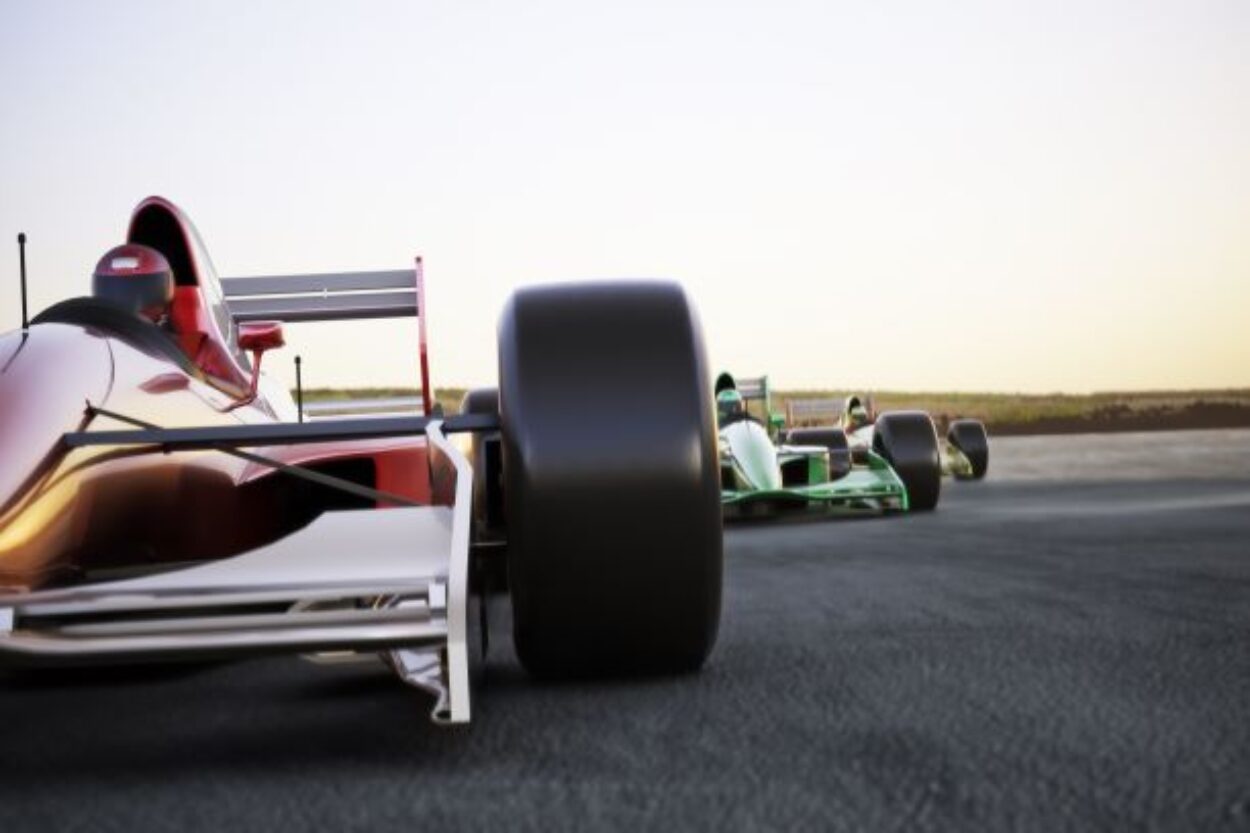 If you’ve ever followed qualifications for the Indianapolis 500, you know that IndyCar drivers try not only to “make the race” but also to “set the pace” and win the pole position for race day. You know that they typically make dozens of practice runs in the days and weeks leading up to qualifications, taking lap times and making small adjustments, fine-tuning their machines in search of excellence and that all-important goal: being the best when it counts – during qualifications and during the race.

And, if you’ve followed the history of qualifications for the Indy 500, you probably know about legendary broadcaster and Indianapolis Motor Speedway track announcer Tom Carnegie. In his six decades as the “Voice of the Speedway,” Carnegie became famous for two signature phrases: “Heeeeee’s on it!” and “It’s a new track record!” What do these phrases have to do with sales leadership consulting?

Carnegie first became the speedway’s announcer in 1946, roughly three decades before Janet Guthrie became the first female driver to qualify for the 500. So, even though he also often used the phrase, “Sheeeeee’s on it!” for Guthrie, Sarah Fisher, Lyn St. James, and others, he is most famous for the earlier version. To Carnegie and race fans, “Heeeeee’s on it!” meant the driver had taken the green flag and was just starting to lay it all on the line to post a qualifying time fast enough to make the race – or perhaps win “the pole.”

In sales, the phrase could be used to signify a sales leader focusing on accelerating sales and gaining market position over competitors. Sales leaders are those sales professionals, including managers and executives, who find ways to turn up the power and drive sales success. Like their racing counterparts, they use their skill, knowledge, and competitive drive to assess their position, make adjustments (sometimes big, sometimes small), and work their way forward into a position of leadership. Simply put, it’s what winners do!

At Indy, the search for success begins with the search for speed. Each new track record in qualifying is built from lessons learned from previous attempts and a history of making the adjustments necessary to achieve optimal performance. It’s the same for a sales leadership professional. Each sales success and failure, creates deeper experience and wisdom that leads to better sales results. As a sales leader progresses through a corporate career, often rising from sales rep to sales manager to VP of Sales, more skills are acquired, and those skills most often lead to a solid track record of success and achievement.

But what happens at the end of the corporate sales career? Do those acquired skills no longer provide value? Does that long track record of success vanish? It certainly doesn’t have to. If you’re like the sales leaders who have become sales leadership consultants with Sales Xceleration, you can use your track record as a turbo boost into a new career of success serving small to mid-sized businesses in desperate need of sales leaders – winners who can utilize their experience and wisdom to take these clients to the front of the pack.

In other words, sales leadership consultants are “on it” as they turn their track records of success into “new track records” of opportunity. The best part is that Sales Xceleration’s proven sales tools and systems fuel this success – for consultants and their clients. To learn more about Sales Xceleration and how to turn your track record into a sales leadership consulting opportunity, click here or contact us today at 1.844.874.7253.