To Move Forward in Life, You Must First Let Go… 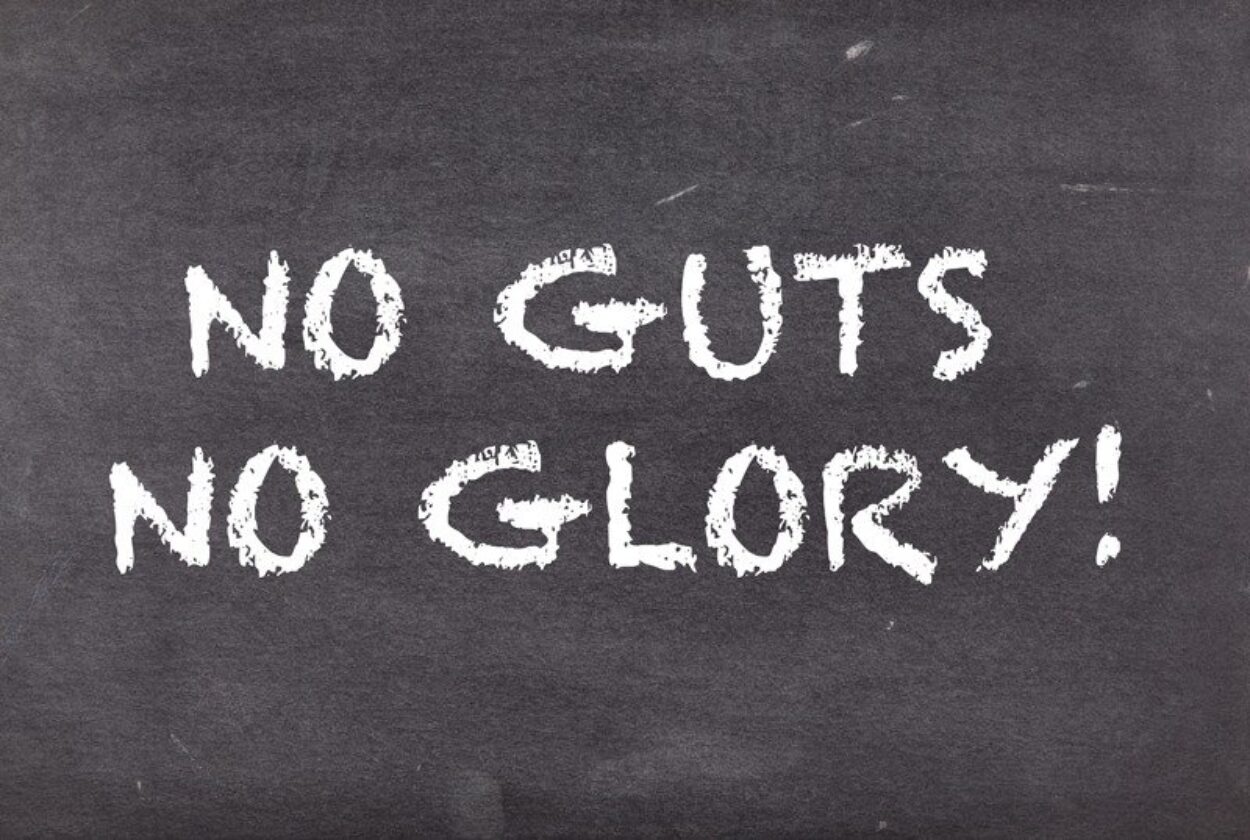 Maybe you don’t know about Louise Smith, but I hope you’ll remember something she said: “You can’t reach for anything new if your hands are still full of yesterday’s junk.” Easy to say, right? Not so easy to make bold life moves when you believe you have much to lose, right? But before you dismiss Louise Smith’s words, it helps to know more about this pioneering woman who knew plenty about risk and reward. In fact, Louise might make you think twice about always playing it safe. So, just who WAS Louise Smith and how can her wisdom and approach to living influence your life and career?

These days the name “Louise Smith” is not widely known, but she was a trailblazer that paved the way for a name you might recognize: Danica Patrick. You see, Louise was a pioneer during stock car racing’s infancy. “No guts, no glory” could easily have been her motto, evident from the beginning when she threw caution to the wind and entered the first race she ever attended. Back then (1946), the cars were much closer to what the everyday person drove on the streets or on southern backroads. Louise finished third that first race, and ultimately won 38 races over an 11-year span in what would become lower divisions of today’s NASCAR.

It wasn’t always easy for Louise, of course. She had her share of setbacks and injuries in a dangerous sport. In fact, in 1947, when races at Daytona took place on the beach, Louise entered her husband’s new Ford coupe. She crashed. But the story helped propel her to a level of prominence that eluded most male racers of the day.

So, think again about what Louise Smith said: “You can’t reach for anything new if your hands are still full of yesterday’s junk.” Yeah, she knew a thing or two about risk, about reward, and about walking away from the mundane in order to pursue her dreams.

What does Louise Smith have to do with you? If you are like many corporate sales professionals and executives, chances are you often feel stuck in neutral, spinning your wheels in a career going nowhere (especially true for many in the later stages of a corporate sales career). You probably also feel like you have no options. You feel as if it’s too late to step away from a “comfort zone” that is increasingly putting the squeeze on you. You feel like you can’t let go because there’s too much to put at risk; after all, you have a mortgage and a lifestyle to maintain, maybe even kids in college.

Yes, moving toward new opportunities DOES involve risk. Many of you reading this right now will conclude that you simply can’t make the break from your present situation. I get it. It’s an acceptable conclusion. Carry on and continue to make your best life! But for many of you, it’s worth considering if you believe you can get out of the “pits” and put yourself on a new track. You’ll have to let go of yesterday’s junk, as Louise said, but it might indeed be worth the effort to reach for something new.

You might very well be able to shift gears, from corporate senior sales executive to a new role as a sales management consultant serving smaller businesses. But before making that shift, you’ll need to pause, prioritize and refocus.

Give yourself permission to jump off the merry-go-round, even for moments at a time, if you want to gain the necessary perspective to consider your life options. Taking a step back can be a step in the right direction if it helps bring clarity.

As you consider your options, think about what really matters to you. Is it your family? Is it professional satisfaction? Or is it the prestige of seeing your name near the top of the org chart? Do you enjoy traveling or are you beginning to hate the road? Whatever your priorities are, at least identify them.

Before you can go confidently in the direction of your dreams, as Thoreau said, you need to focus less on what you might lose and allow yourself to focus anew on what you might gain. For example, making a break with your corporate role could help you gain greater life balance, with less time on the road and more time with your family – both in terms of quality time and the equally vital quantity time. It could bring you a renewed sense of accomplishment and professional satisfaction knowing you are helping businesses in need. And it could give you the freedom from regretting “what might have been.”

What became of Louise Smith? She remained part of racing for decades, as a driver, owner and enthusiast. Louise passed away in 2006 at age 89, but not before blazing a few trails and becoming, in 1999, the first woman inducted in the National Motorsports Hall of Fame. Today, her words can serve as inspiration for those considering whether to walk away from a frustrating life in corporate America and move toward a new opportunity as a sales management consultant. At Sales Xceleration, our expanding team of licensed Advisors took that step. They knew they had something to offer to business owners in need, so they let go of yesterday’s junk so they could reach for something new. Was it a risk? Certainly. But for them it was less of a risk than remaining stuck in neutral and not being in control of their destiny.

To learn more about your options to become an outsourced sales management consultant, contact us today at 1.844.874.7253.